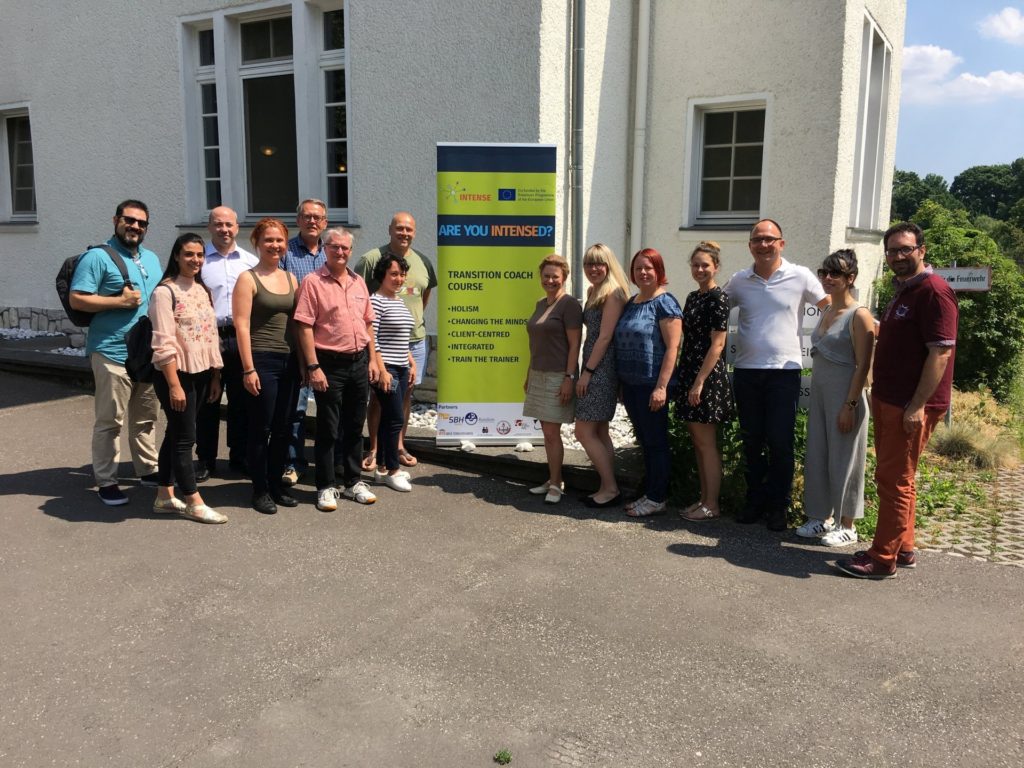 For a week, 13 participants from various organizations in the Netherlands, Turkey, Cyprus, Estonia and Germany completed the first Transition Coach Courseat the SBH Conference Hotel Akademie Berlin-Schmöckwitz. Especially the already coaching-experienced participants were impressed by the non-directive interviewing technique.

“A teacher-student relationship, with all the advice and bolstering does not work for the special target group. At this point with the help of the non-directive technique the client start his/her transition in order to develop his/her own goal.”

Self-exploration is the scientific term behind the expression. German trainers Dr. Hartmut Lange and Robert Trillitzsch provided their knowledge about non-directiveness and other coaching tools to the group of 13. At the same time the whole group as well as the trainers benefited from the group dynamic, coming from different experiences with the target group NEETs.